I write short fiction, flash fiction, essays and novels. This month’s Tease is from a work in progress.

No one remembered the last sunny day, the last blue sky day. It could have been two years previous, maybe more, since they had experienced a real blue sky day.

And not just a day with the sun coming up, giving of it’s heat, in fact, that was the problem. The sun’s heat, scorching the earth into a dusty, smoky, often tropical, gray globe. It started with burning tundra and boreal forests across the northern hemisphere. The fires started earlier and ended later, year after year. The skies would grow dark for weeks at a time, and then for months and finally, entire seasons. And then came 2039, the first entire calendar year without a single blue sky day.

I write flash fiction, non-fiction, essays and novels. This month’s Tease is from a novel in progress.

As she stepped out, she decided the view was even more impressive once the day turned on its side. It was early evening, and they were at altitude, but the warm mountain air lingered. The smoke from the valley fires had begun to aggravate the sky.

“Sunset should be amazing tonight, with all that smoke in the air. Even looks like some clouds in the southwest, hope it’s not heavy.”

“I guess we could use the rain, in any dose.”

“Sure can get some nasty stuff out here this time of year.”

They continued to tell each other things about the weather that they both already knew, until they were seconded by rumbling in the distance.

“I guess those two are going to be in there a while?” Mann finally addressed what she had been thinking. “What evil lurks in the hearts of men,” he laughed.

“It’s the stuff that lurks in their other parts that concerns me,” Jessie replied.

In the Northwest, wildfire plumes paint the evening sky. 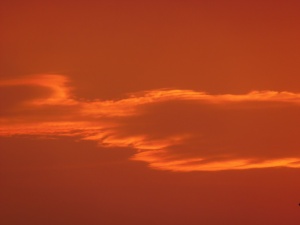 Another day, another new fire in the Pacific Northwest. It seems as if each time one wildfire is contained, another is ignited. Over the weekend, three new blazes erupted in Washington alone. Towers of smoke from the Eastern Cascades can be seen from as far away as Seattle. The one silver (or better yet, crimson) lining in these smoke clouds is the spectacular array of hues incubated by their presence. Watching the sun set through forest fires, in this terrain, means you are on the wrong side of the wind. But with pragmatic vigilance and a little luck, worthy shots can be captured. Enjoy. 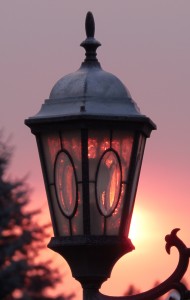 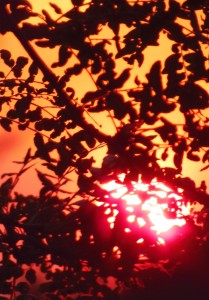 Northeast Washington is ablaze. Fires are currently burning, with little or no containment, near Curlew, Arden and Republic. Another large blaze burns in the state’s southeast corner near Dayton. These wildfires are producing large plumes of smoke, brazing the skies throughout Eastern Washington and Northern Idaho.

The added pollutants produce spectacular sunsets, eerie twilights and unique photographic opportunities. The other night, during a near-full moon, the haze mutated into an alien landscape. Below are some frames from that night, as well as others from recent smoke-filled evenings.

Moon through smoke and maples.