Gay rights get a big lift from Albany.

New York lawmakers, Republicans and Democrats, have come together to do the right thing. In legalizing same-sex marriage, they have shown that this republic can still function on behalf of its citizens – can still chart a course as noble as the American heart. I applaud them. 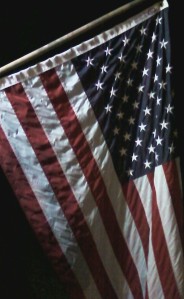 And to the republic, for which it stands.

In the sticky heat of another New York summer, two hundred and thirty-five years ago, our founders fought the British in the marshes and estuaries of what would one day become the Empire State. Although the battle was lost, Washington and his troops were able to escape and regroup for what would unfold as a decisive winter campaign. The battle of New York was a key step in our nation’s independence. Over two centuries later, New York once again plays a pivotal role in an ongoing struggle for liberty. On behalf of my friends, Chuck, Kim, Beth, Lola, Andy, Karen and Sharon, thank you.