I write flash fiction, non-fiction, essays and novels. This month’s Tease is from a short story written at the height of the Occupy Wall Street movement. With the onslaught of summer and its political races, partisan mudslinging and free-speech zones, I thought it might make an interesting installment for the Tease. Enjoy.

“Look at these freezing morons,” he chuckles to his wife, but she keeps her dark eyes steady on her book. “Get a job, you sleeping-bag Marxists.” 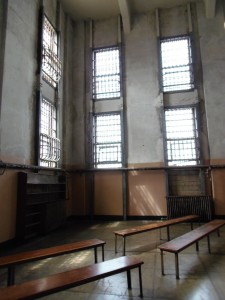 ince being banned twice from the Zuccotti Park chats, he’s had to resort to mocking the local riffraff streaming and scheming down at Harding Park. With pugilistic deftness, he bluffs, feints and jabs at his ideological opponents. Beating these knobs to a rhetorical pulp is easy. Doing it without invoking banishment from the forums requires a much greater level of nuance.

He types in his password and screen name, Tisantaphobia.  “Do I see snow?” he engages, softly.

“Looks like that global warming thing isn’t working for you tonight, Ima.” He has come across Ima99girl in the role of moderator before. She is young and seemingly unflappable. The only time he ever witnessed her lose her cool was when a chat participant repeatedly used the term “retarded” to describe others he disagreed with. She banned him without hesitation. He himself was threatened with expulsion by her once, when he posed the open question, “Which is more integral to OWS, bongos or bongs?” No drug talk in the chats.

Someone named Quaker chimes in about increased snowfall actually being predicted by climate change models. What a dope. Probably Al Gore’s love child.

He grips the mouse like a trigger, clicking the comment tab. “I built models when I was a kid. Schooners, battleships, warplanes.” he types. “Funny thing, they never came out like the picture on the box. Maybe I was sniffing too much of the glue. Did that happen to you, Quaker? Sniff too much glue?”

“Be nice,” the moderator types in bold.

He watches her reach off camera to adjust the streaming lens and for a moment, her slender, young torso darkens the picture. He reads the scroll at the bottom of the screen. “Banks got the bailout, we got the bill,” then, “National debt equals nationalized debt,” and then it repeats.

As she sits back, he notices a yellow button pinned to her coat. “What does your button say?”

She looks down and then the picture freezes. The sporadic footage reminds him of watching old Apollo missions on the NASA channel. When motion resumes, she’s rubbing her glasses with her sleeve.

“Careful, you’ll scratch the lenses,” he types in an almost fatherly tone.

“They’re fogged. Lol.” She looks down at the button. “Some guy was handing them out. It says ‘occupy with a smile’ and has a smiley.” She holds the pin to the screen and as her sleeve pulls back, he can see an yin yang tattoo on her forearm.

“They’re moving on Portland State,” someone types frantically. They follow it with a link.

“No links while we’re live please,” the girl reminds the offender.

She seems strong. Intelligent. He doesn’t know if becoming a moderator is a nominative process, but if so, her peers have chosen well.

“Do you have a boyfriend?” he asks and is immediately punished for his choice of words.

He types back defensively, “I’m not hitting on her, I’m just concerned. I hear about things happening. Is there someone there to protect you?” He seems to have pricked a nerve. The response is swift and brutal from screen names he’s never seen.

“The police won’t protect her, that’s for sure.”

“I thought you were a troll, but now I think you’re just a perv.”

“Easy guys.” the girl comes to his rescue. “Lol. See Tisant, I’m well protected. And yes, I do have a boyfriend.” She smiles and reaches off screen. For a moment, her face is hidden by a mass of dark hair.

“Our cops are cool,” comments Rustbelt. “They don’t destroy our books, like New York.”

“The ones on the horses scare me, though,” the girl replies.

“I saw some of them joining human mic at the last GA. Very cool,” Erie adds.

“Twinkles for Cuyahoga Cops,” someone responds.

When they start with the OWS minutiae, it gets rather tedious. He decides to take a break before they start swapping vegan recipes.

He gets up and stretches his back then turns toward the kitchen. “I’m going to make some tea. Want any? I think there’s some Baikal left.” He watches as she nods and places her book on the couch, face down.

He returns with two cups on saucers, hers cradling a spoon and a pink packet of sugar substitute. She is standing near the television, her diminutive frame silhouetted against the glow. As he hands her the saucer he catches the solemn look on her face. He turns to the screen. A reporter speaks rapidly as a camera pans the streets behind her. The scene is like something out of the sixties, or Cairo. Trails of smoke partially obscure mounted police and other police on foot, wearing riot helmets.

“Is that Oakland?” he asks hopefully.

“No, it’s right here Jimmy. It’s right downtown.” Her dark eyes are fixed on the screen. “Reminds me of Kyushu.”

First he was afraid of terrorist trials, now he is afraid of … books?

In 2010, Mayor Bloomberg spearheaded the effort to turn away the high-profile trial of Khalid Sheikh Mohammed. New York was the Justice Department’s preferred venue to prosecute this terrorist and serve justice, showcasing America’s commitment to Democracy and the rule of law. Bloomberg’s justification for preventing the trial from taking place in Lower Manhattan was that it would “cause disruption.” Little did we know his true fear … that all those people coming to town for the trial would bring books with them. Ahhh, the horror.

When the police destroyed the People’s Library at Zuccotti Park, the outrage was loud and instantaneous. The Mayor gave assurances that the books were safe and unharmed. It turns out, that was really not the case. Of  the  thousands of books that were confiscated, a little less than 1300 have been returned. About 500 of those were damaged beyond use. Almost 3000 more are still missing.

In Zuccotti Park, Dostoevsky and the Bard had joined Hemingway, Jefferson and Luke in spreading democracy. Mr Mayor, you built your communications empire on the power of words. Please wield that power responsibly. Return, restore and replace these books. All of them. Even Bloomberg By Bloomberg. I’m sure there’s a section on free speech in there somewhere.

For more information, read this.

The battle to repeal senate bill 5 could be a harbinger of the coming presidential election.

Update: Since this post was published, senate bill five was overwhelmingly repealed.

When John Kasich, Republican governor of Ohio, signed S.B. 5 into law earlier this year, it was a decided victory for the Tea Party. But, similar to Wisconsin, the outcry against the law, which eliminates most collective bargaining rights (including strikes) for public employees, met a loud and active response. But unlike Wisconsin, where the focus was on recalling those who voted for the offending bill, Ohioans took a different approach. They started a petition that resulted in getting issue 2 , the repeal of the union-attacking S.B. 5, on next Tuesday’s ballot.

Governor Kasich could see a referendum bid ending badly for his administration. As soon as it became clear the issue would make the ballot, he called for negotiations. But smelling political blood, the opposition rebuked him. The latest Quinnipiac polls show they were correct in doing so. The law is being crushed 57% to 32%.

The ramifications for next year’s general election are manifold. Big money has arrived, unions on one side and groups like Americans for Prosperity and FreedomWorks on the other. Ohio is traditionally huge in deciding Presidential elections, and if these poll numbers hold, it appears the Republicans have work to do before next November. Issue 2 is also the first place where the Occupy Wall Street movement could have a political effect. Although reluctant to back any one candidate or piece of legislation, OWS (through Occupy Columbus) is backing repeal of the law. It is interesting that the group allows speakers at their events to have the podium, no matter whether they are for or against it.

Unions represent infrastructure for the political left. If they take a hit in Ohio, you can expect Republican governors across the country to follow suit. But if the polls are to be believed, such overreach could backfire and feed the flames of the OWS movement.  Learn more here.