Before the left and right tell you what to think about President Obama’s State of the Union address, think for yourself.

Before Malloy and Big Eddy start crying “sellout”, before Hannity and Beck and the drug-addled hypocrite remind you that a marxist wrapped in an American flag is still a marxist, take time to let the President’s own words sink in. 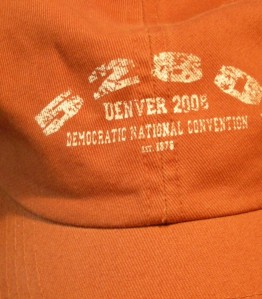 The birth of hope.

Hope. Picture it any way you want.

Why dwell on what divides us? Why not focus on an America where we help each other out instead of tearing each other down?

﻿I like to envision a future where we lead the world in green technology, a time when I can visit my family 300 miles away after just an hour train ride. I look forward to an innovative new education system that rekindles wonder and imagination in our youth. I look forward to a windmill in every back yard instead of an SUV in every garage. I look forward to an Iraq and Afghanistan that use books instead of bullets to define their destiny. All these things are within our grasp. The Declaration of Independence was not penned with pessimism, it was signed with hope for the future, theirs and ours.

﻿Perhaps no one said it better than George Bernard Shaw. Progress is impossible without change, and those who cannot change their minds cannot change anything.

﻿Be the change you’re waiting for. Dream.

Two summers ago we were all filled with tentative hope. It didn’t matter if you were an Obama, McCain or Paul supporter. After eight years of lethal incompetence and absentee leadership, we were all looking forward to a change. Now, amidst deepening unemployment, endless war and yet another disaster in the gulf, it seems hope remains as elusive as it was in 2008. Whether you choose to blame the President or Congress, Republobstructionists or Demowimps, lobbyists or bureaucrats, one thing is for sure – hope is not being incubated inside the beltway. Looking for

inspiration from this current crop of politicians is like looking for a walrus in the Gulf of Mexico. (Unless you’re perusing a BP crisis response plan). Between bloated deficits and bloated sea turtles, faith in the future is under siege.

Between the middle of June and end of July, our aggregate of friends and family have engaged in no less than five weddings. Amidst the flurry of nuptials, we witnessed three friends, a cousin and a daughter join lives with their loves. I was lucky enough to attend most of these ceremonies, each time inspired by the loving couple at the center of the whirl. With bad news hovering over their heads like oil-soaked pelicans, they embraced their collective futures with smiles, laughs and tears of joy. It’s them against the world. After seeing the honesty and depth of their love, the world better watch out.To Chelsea, Karly, Adri, Alex, Todd and all your new spouses, (and  Cami, my wife of nearly sixteen years) thank you for the reminder of what truly gives us hope … the people we love. 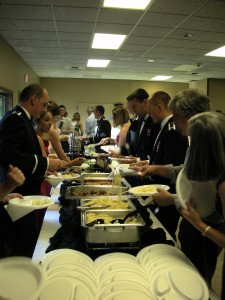 A feast of love.