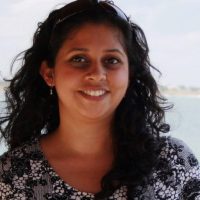 Italy was down, and then out.

Italy only needed a draw with Uruguay to advance to the knockout rounds.

They couldn’t produce it. First, they lost Marchisio to a red card and then they lost the match. Today’s 1-0 defeat was enough to send them packing.

Costa Rica’s stunning run through the so-called “Group of Champions” left only one former champion standing. And it was the squad that looked least likely to advance after the opening round of games, Uruguay. But, as I said a couple of weeks ago, you never know, in the first matches of a World Cup tournament, if what seems like an upset really is one. Sometimes what appears to be a powerhouse stubbing its toe turns out be a young team coming of age against an aging , overrated team. We should all see now, Costa Rica is for real.

Columbia advanced with its first ever three victory group stage performance. But it was a different story for the Ivory Coast. German coach Joachim Loew once said playing Greece was “like biting a rock.” When the Greeks scored in added time, even the magic of Didier Drogba (already subbed out) couldn’t keep the Elephants from biting down hard on that rock. If it is any consolation to the Ivory fans, many good teams are finding it hard to survive the group stage. Spain, England and Italy are already gone. They will soon be joined by either Portugal or Ghana or both.

Of note: Of the eight teams that have advanced so far, only two are from Europe. The others are from either South, Central or North America. Africa and Asia have yet to advance a team in this year’s tournament. Costa Rica won Group D, matching them with Greece in the next round. That means one of those two will make it to the quarterfinals. Either Greece or Costa Rica will be one of the eight remaining teams still playing while 24 of the world’s best squads are at home licking their wounds.

The Elephants find their Talisman. 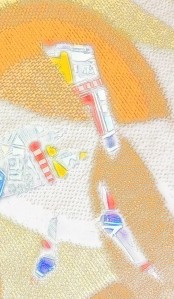 For much of Didier Drogba’s Chelsea career, he was referred to as their talisman. After his dramatic injection into the Ivory Coast’s World Cup opener against Japan, he surely holds that moniker in regard to his national squad as well.

When the pony-tailed striker ran onto the pitch in Brazil yesterday, his Elephants were trailing 1-0 to Japan. A mere 100 seconds later, the guys in orange were up 2-1 and in complete control of the game. Although Drogba did not score either goal, the emotional lift from his entrance was palpable, and his passing skills helped set up the first score.

Drogba signed with Italian giant Juventus this spring, but at 36, his best playing days are likely behind him. Then again, if yesterday was any indication, just his presence on the pitch might be enough to inspire the Elephants through a magical run. It will be one of many stories to follow in Brazil during the 2014 World Cup finals.

Of note: As mentioned above, Japan scored the first goal of the match, but eventually suffered defeat. Four other teams (Ecuador, Croatia, Uruguay and Spain) have already experienced the same fate in the first four days of the tournament.

There have been no draws so far in the tournament.