Why the f…iscal cliff do Tea Partiers think the next shutdown/showdown will be any different from the last?

Ted Cruz and his Tea Party gang tried to extort legislation out of the President. They failed miserably. With a little introspection and time to cool off, what sage conclusion did they draw? “Hey, that was great. Let’s do it again!” 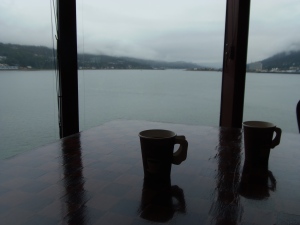 On  the Sean Hannity show, Cruz vowed that he was prepared for the next fight. On ABC News, he wouldn’t rule out use of another shutdown. “I would do anything, and I will continue to do anything I can, to stop the train wreck that is Obamacare,” Cruz said when asked by ABC’s Jon Karl specifically about the possibility of further brinksmanship. Meanwhile, the ACA stumbles forward without any attempt to improve it, the budget still hasn’t gone to conference and the next self-imposed economic crisis looms only 97 days away.

During this last standoff, John Boehner was questioned at a press conference about some possible scenarios and how he might deal with them. His answer was the classic “If ifs and buts were candy and nuts, we’d all have a merry Christmas.” And then he walked off to the laughter of the press corps. Shame on all of them. Someone should have yelled, “Answer the damn question ass-munch. You work for us. Or have you forgotten that?” What he, Boehner, really should have said was … if we can just push this thing out past the first of the year, then we’ll all have a merry Christmas. In the final analysis, that’s all he, Obama and the Senate leaders really did.

So enjoy the holidays. Indulge in some eggnog or tea, whatever you prefer. Send an extra can of soup to the local food bank for the sake of future non-essential personnel. And then let’s all meet back here sometime around the middle of January and ride that fiscal horse through the burning barn of dysfunctional government once again.

Spokane's Literary FestivalApril 15, 2019
Get your Lit on!